Are Delivery Drivers Frightened By Your Dogs? 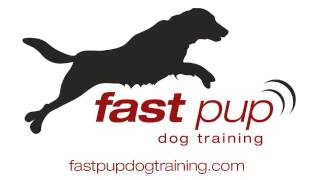 Dogs that work are happy dogs

Are Delivery Drivers Frightened By Your Dogs?

Fed Ex brought a package this morning. I was out walking the driveway with a group of dogs. The driver leaned out the window and asked if it would be safe to get out with the dogs out. As she had pulled in, I had quickly told all the dogs to "sit" and "stay." The picture here is what the driver saw from about fifty feet away. They were all being very good, but she had concern.

Since I had already put everyone in a sit-stay, I looked back to check on the group of dogs--more to reassure the driver than out of necessity. She could see that the dogs were under control and obeying my command, so she stepped out of the van with the package. As I took it from her she told me that the last dog to bite her badly had been a black Lab on the leash of the owner several months earlier, and since I had a bunch of black Labs with me, she wanted to make sure. She reassured me that she is not afraid of dogs "since she grew up on a farm," but has a personal responsibility to keep herself dog-bite free. She explained that the drivers are not allowed to use anything for protection to block a lunging dog--most definitely not the package being delivered. She further explained that the company she works for considers dog attacks to be the fault of the delivery drivers, so she never reports dog bites. She said that she gets bitten about once a year and not always by bigger dogs but also tiny dogs like Yorkies or Chihuahuas. I told her that I was sure getting bit by a small dog hurts and bleeds too, even though a mauling by a small dog probably would not be fatal!

No matter what size dog, there should never be any worries about our dogs biting a visitor. As a dog/people trainer, I have been bitten a number of times and will carry some of the scars to my grave. Dogs who attack visitors or strangers--especially when on the leash next to their owners--almost always have an owner who desperately needs training. (Dog training is often a misnomer--it usually is not even about the dog.) Dogs instinctively follow a pack member who provides the right kind of leadership. When that leadership is lacking, dogs are forced by eons of genetics to step into the role of leader. And since dogs have trouble navigating in the human world, this is a recipe for disaster. As dog owners, we must learn how to properly lead our dogs. Dogs do not want to be leaders, nor do they want to be "dominant." They are happy and content when shown the way. But when their humans are hesitant or unable to lead, dogs do the best they can. Which often gets them into big trouble. As owners, we must protect our dogs by teaching, training and providing leadership for them. For the love of our dogs.